Making statues and figurines of animals and myths in ancient Iran, as elsewhere in the world at that time, has been prevalent.These days there are a few artists in “Laljin” (a city in Hamedan,Iran )who try to make such figurines as ancient memorials which look very similar to the original samples.

Making statues and figurines of animals and myths in ancient Iran, as elsewhere in the world at that time, has been prevalent. Ancient Iranians made these statues with materials such as clay, stone, bones, wood, metal and so on.

Most of these figurines have been found in graves and may have been ritualistic. Like the works found on the ancient hill of Marlik.They have believed making such figurines increases fertility and wealth.

These days there are a few artists in “Laljin” (a city in Hamedan, Iran )who try to make such figurines as ancient memorials which look very similar to the original samples. The meaning of original bronze forms and motifs, especially in mixed shapes, is still a mystery.

However, if we look with a more general and broader view, we can see religious practices in these designs. In fact, these carvings show the human perception of the world at that time. People of that period relied on heavenly power. The basis of their religion was based on the belief in the great God, who dominated the heavenly beings seasons and all life affairs.

At that time, one of the forms that this heavenly power could shape into was the human face. This human face was sometimes mixed with some facial parts of animals.

Evidence of this claim is the legendary creature on pottery, golden cups and ancient periodic seals of Iran.

In their belief, the gods on earth made the heavenly force on Earth.

This theme is well presented in some ways in some Lorestan bronzes, especially in objects called "spells".

Therefore, it can be said that the Lorestan monograms, with completely religious views, and of course, with traditional backing, represent a kind of magical spell for disaster relief and possible dangers.

Here we introduce two samples of these artworks. 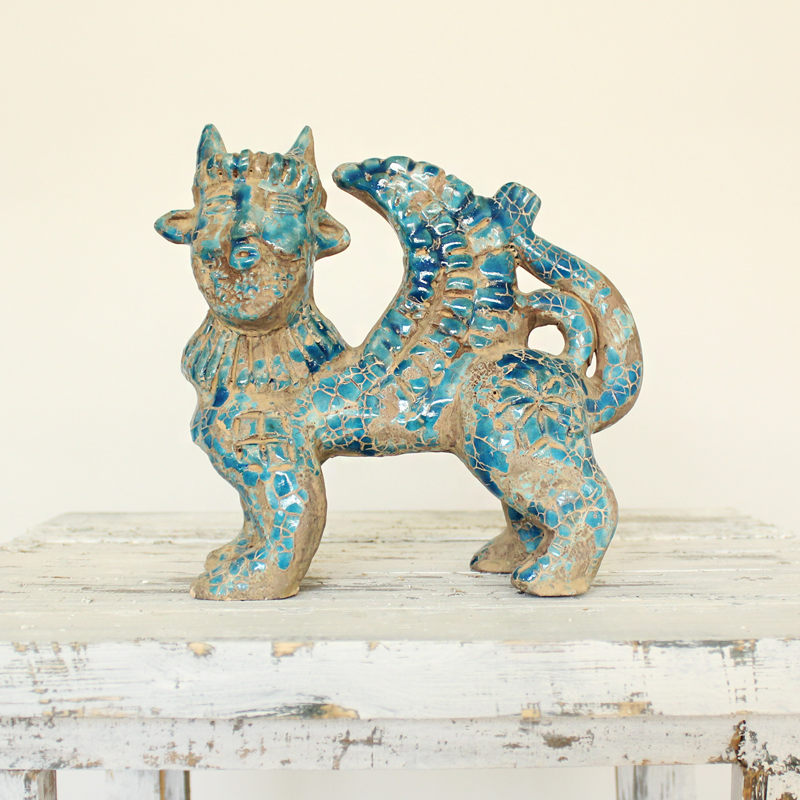 This sculpture was built on one of the spells of bronze found in the seven and eight centuries BC in the Lorestan area of Iran. The name of this creature is ojan, which means destructive, and is most likely a spell that was designed to repel the disaster and attack of the enemy and serve as a guardian.

Cup in the shape of ram's head ( Persian traditional pottery) 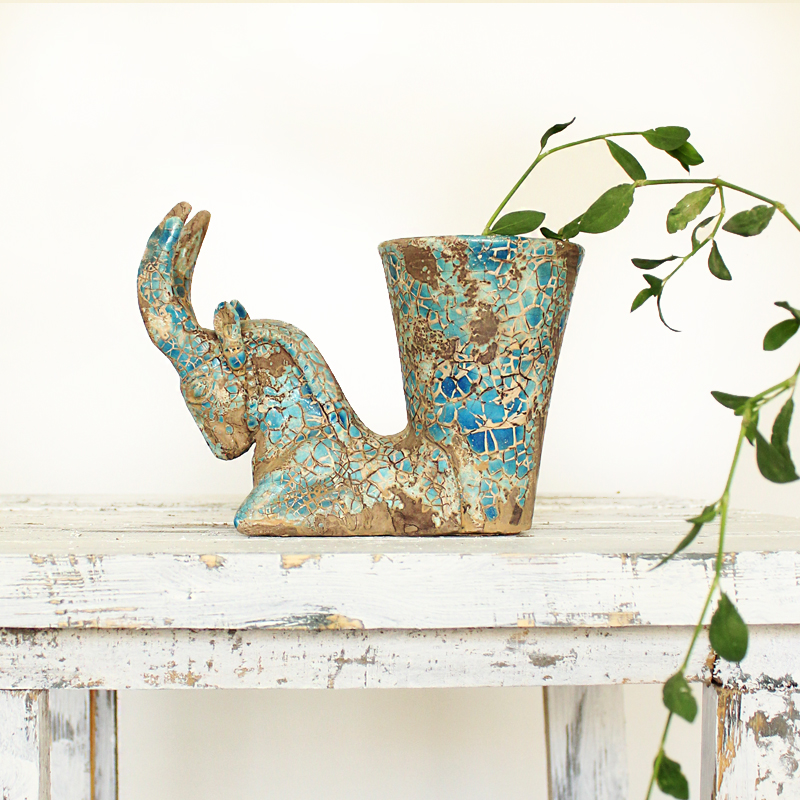 This work is a combination of a cup with a muzzle head (ram), the original of which is bronze and discovered from the Marlik hill. The researchers believe that the ancient monuments of this area belong to the rulers who ruled the area at the end of the second millennium and the beginning of the first millennium BC.

The people of this civilization buried their dead in accordance with their religion and with valuable objects.These bronze ware and clay were found from graves. 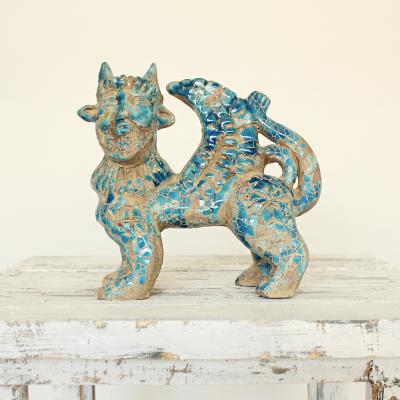